No matter where you are on the planet Earth.

The beauty is to be inspired, to be more creative, to choose a great location, and to be surprised by the gorgeousness of the Sun, the Moon, the Milky Way, Star Trails, lunar eclipses, solar eclipses, Meteor Showers, comets, planet travels across the Sun.

This article will discuss all of the significant astronomical events in 2022 that have occurred in case you missed them.

Disclaimer before we start

“The videos embed on this page aren’t mine, I haven’t created or shot them. They are just for sharing purposes, if you love the videos please leave a like and subscribe to the respective channels. By no means I’m trying to sell or distribute the content. I always value original content, you guys should too. Show them your love and support.

If you find any term related to astronomy that you don’t understand, don’t worry I’ll try to brief them in the article. In case I miss any, you can always google the term and watch a small video or read some blogs to understand them.“

With all that’s said Lets begin the Journey of 2022 from the start i.e. January and then we’ll end it with all the upcoming events upto December 2022

IAU – The International Astronomical Union is a voluntary organisation that promotes astronomy in all aspects, including research, outreach, education, and development, through global cooperation. Its headquarters are located in Paris, France. It now has 85 national members and 12,131 individual members.

The Quadrantids are also known as the Bootids, after the current constellation Boötes.
The asteroid’s orbit around the Sun takes around 5.5 years.

The meteor showers are extremely beautiful and just like every meteor shower Quadrantids Meteor Shower too. In case you missed it here’s a video to enjoy the beauty of the stargazing from home.

January’s full Wolf Moon reaches peak illumination. The Wolf Moon is supposed to have been named after the January full Moon because wolves were more likely to be heard howling at this time.

It was always thought that wolves howled during the winter because they were hungry, but we now know that wolves howl for a variety of reasons. Wolves utilise howling and other vocalisations to designate territory, find pack members, strengthen social relationships, and coordinate hunting.

Some beliefs related to full moon–

When the Moon is growing and the tide is flowing, it is a lucky moment to marry.

Here’s a video that I found on YouTube of the Wolf Moon. Enjoy!

The α-Centaurid meteor shower was active from January 28 to February 21, with a peak rate of meteors on February 8th.

At its peak, the shower is projected to generate roughly 6 meteors per hour (ZHR). However, this zenithal hourly rate is calculated assuming a perfectly dark sky and the shower’s radiant is straight overhead.

ZHR– The Zenithal Hourly Rate of a meteor shower is the number of meteors that a single viewer would see in an hour of peak activity if it were at the zenith, assuming ideal seeing conditions (when and where stars with apparent magnitudes up to 6.5 are visible to the naked eye).

α-Centaurid meteor showers form when the Earth passes through debris streams left behind by comets and asteroids. The grit-like debris in these streams disperses over time over the length of the parent object’s orbit around the solar system.

The α Centaurids are a meteor shower in the southern hemisphere that occurs inside the constellation of Centaurus. The Constellation is most well-known for possessing the closest star to our own Solar System, Rigil Kentaurus, also known as Alpha Centauri to some.

Although there aren’t any relevant videos that captured this meteor shower live, I found a video showing a single bright α-Centaurid meteor. Enjoy!

Although the stars appear relatively stationary from Earth, the planets of our solar system appear to move around the night sky all year. In late March to early April, look to the southeastern horizon just before sunrise to catch this tri-planetary tango: Venus, Mars, and Saturn will be exceptionally close together. (These are three of the five planets visible to humans with the naked eye, together with Jupiter and Mercury.)

This was a stunning natural phenomena observable from Earth, and space enthusiasts relished seeing the planets align.

April begun with Venus, Saturn, and Mars separated by only six degrees, which was changing as Mars and Saturn have moved closer together. Saturn and Mars were separated by less than the breadth of the full moon during the first week. Saturn then moved on, increasing its distance from Mars by the day.

Here is a video I found that just might show you the beauty of the planetary alignment in case you missed it. Enjoy!

Honestly it will blow your mind. I wish I could see this in person. It was a breath taking moment.

Spring was a busy time for planetary gatherings. From April 30 to May 1, the bright, reddish Jupiter appeared to rise within a hair’s breadth of the yellow-white Venus in the early morning hours before dawn. For the finest view of the close conjunction, people looked to the southeast about an hour before sunrise. Watchers were able to see the waxing moon hanging close to the duo on the morning of April 27 for an additional early treat.

When the two brightest planets, Venus and Jupiter, appear breathtakingly close together in what astronomers call a conjunction, it’s a rare treat. When two objects pass each other in right ascension, astronomers use that term. However, the term conjunction is sometimes used in a more casual sense to indicate that two objects seem close one other on the dome of our sky.

Planetary Conjunction– In astronomy, a conjunction occurs when any two astronomical objects (such as asteroids, moons, planets, and stars) appear to be close together in the sky, as observed from Earth.

Even though Venus and Jupiter appear to be next to each other in the sky, they are actually far apart in space. Venus is the second planet from the sun. Jupiter is the fifth planet in the solar system. The two worlds are separated by 430 million miles (692 million km) at conjunction, or nearly five times the Earth-Sun distance!

By far the most breath taking meteor shower so far, trust me when I say it I mean it!

Every year, the Eta Aquarids reach their peak in early May. Eta Aquarid meteors are noted for their speed, travelling at approximately 148,000 mph (66 km/s) into Earth’s atmosphere. Fast meteors can leave luminous “trains” (incandescent material in the meteor’s trail) that can continue for several seconds to minutes.

These meteors are one of two that occur as Earth passes through the dust and debris trail created by Halley’s Comet. (The other is the Orionids, a lesser shower that occurs in October.) This iconic ball of ice and dirt has flashed into our view numerous times throughout recorded history. A representation of the fireball was woven into the Bayeux Tapestry in 1066. It has returned around every 75 years since, with the next appearance scheduled for mid-2061.

This is the video showcasing a beautiful sight to the Aquariids Meteor Shower. Pro Tip – Skip to 1:11 and you’ll be awestruck!.

This guy did an excellent job of capturing the falling meteors above the Earth’s atmosphere.. I personally Loved it !. Great Work Kudos!

No one in the right mind would forget to mention about our mighty moon while talking about astronomical events in his/her article. I have mentioned the moon twice, that proves I’m in the right mind doesn’t it? Please say Yes! .

Okay Enough of the drama let’s hop right into it. Who doesn’t know about Lunar eclipses right?

Lunar eclipses occur when the Earth passes between the sun and the moon, producing a shadow on the moon’s surface.

They can only occur during a full moon and are a popular occurrence for skygazers all over the world because they don’t require any special equipment (unlike solar eclipses).

Lunar eclipses are classified into three categories based on how the sun, Earth, and moon are aligned at the time of the event.

The first Total Lunar Eclipse happened during may, don’t worry if you missed it here’s a video I found that’s just right for you.

The good news is the next Lunar Eclipse is on March 14, 2025, exactly 806 days from now. So don’t go sulking if you missed the first one, you can clearly wait for the second and trust me, it’s worth the wait!.

(PS: 806 days as in I’m writing this piece on 8 January 2023, if you happen to read this article anytime after this date please don’t think I’m not in the right mind. I’m completely sane. *sobs*)

Among all the astronomical events in 2022 this was quite a show. At this point of time I’m finding it hard to describe all these events my vocabulary is broken *shakes head*. Okay let me put my writers boots on! here we go!.

I found a video that shows a perfect alignment of four planets Venus, Mars, Jupiter, Saturn in June 2022 visible to naked eye that just can take your breath away!

Hope You enjoyed watching these beautiful events. Please share as if you liked the article.

If you want to read more about space read: NASA And SpaceX’s Journey To Mars : Mission Mars 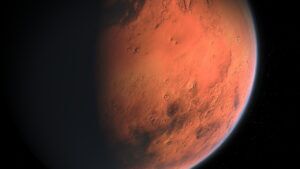 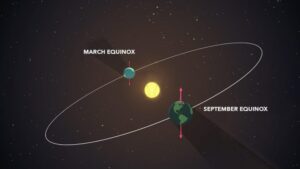 Light Years : What Are They? Why Are Astronomical Events Measured In Light Years? 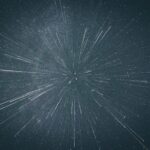 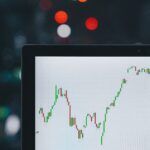 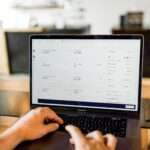 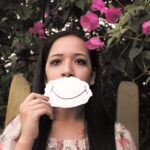